Global Climate Change: Extreme Weather Could be Our New Normal

In the past decade, unwelcoming weather phenomena have gradually pronounced their presence. Recently, storms that deprived the lives of hundreds struck our nerves. Western Europe suffered the equivalent of two months of rainfall on July 14 and 15 alone. Similarly, on July 20, precipitation in Henan, China exceeded 201.9 mm (approx. 8 inches) within an hour.

On June 29, Lytton reached an all-time record high temperature of 49.6 °C. The extreme heat raged fire in the area, engulfing 90% of the small Canadian town. According to Jan Polderman, mayor of Lytton, to the BBC: “Within about 15 minutes the whole town was engulfed in flame.” The fire destroyed Lytton’s critical infrastructures and exiled all of its residents.

486 unexpected deaths have been reported in British Columbia during the heatwave. Previously, the average death around such times was 165. Provincial Chief Coroner Lisa Lapointe stated that the province had seen only 3 to 5 heat-related deaths over the past half decade.

The blistering heat wave that hit Canada and the north-west U.S. from the end of June to the beginning of July was an unprecedented phenomenon. Before June 29, temperatures in Canada had never surpassed 45 °C.

Some other temperature records shattered over the world in the past few months:

The high temperature resulted from what is known as a “heat dome” – a mass of hot air pressing down over a broad area. Due to the ensuing heat it causes, heat domes are considered as a type of extreme weather. Over the past few years, a number of unwelcomed weather records were broken, including storms, iceberg melts, floods, and droughts. According to the World Meteorological Organization (WMO), global climate change will proliferate the occurrence of extreme weather.

Extreme weather entails threats beyond human control. One of the consequences has already been observed – high mortality rate, accompanied by diminishing harvest rate and frequent blackouts following vast depletion of air conditioning. Despite the prevalence of these disasters, the underlying causes were seldom studied, yet humankind’s fingerprints are laid all over them. “Every year of more emissions and increasing global mean temperature has an impact on people,” said Friederike Otto, co-lead of the World Weather Attribution initiative (WWA).

The WWA’s most recent analytical report on the heat dome effect stated a strong causal relationship between human-induced climate change and extraordinary temperatures. Because the incident was so rare, researchers cannot allege its development in the future. The most reliable statistical analysis estimated that the event is “estimated to be about a 1 in 1000 year event in today’s climate.” However, given the current level of industrial emissions, our rapidly warming climate may incur such an event every 5 to 10 years.

What can we do to halt global warming and climate change?

Risks carried by extreme weather would not attenuate unless more imperative emission-control measures are devised. Not only industries must be held accountable for pollution, but individuals should also fulfill responsibilities on their behalf. Some things we can do within our strength include:

As one of the pioneers in environmental conservation, Canadian federal, provincial, and territorial governments released a joint national climate plan in 2016. The plan, also known as the Pan-Canadian Framework on Clean Growth and Climate Change, commits to reduce its Greenhouse gases (GHGs) emission 30% lower than its 2005 levels by 2030. A supplementary act, Canadian Net-Zero Emissions Accountability Act, was introduced in 2020 to enable the country’s achievement of net-zero emissions by 2050.

Stopping or even reversing climate change requires more than awareness of the problem. We are obliged to secure a better future for us and the future generations, and to do so, collective progress is necessary. The moment to act is now; the proponents of change are us. 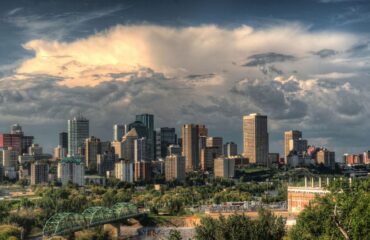